The law creates the boundaries for possible infringements, so it is usually associated as antagonistic to despotism, thought of as a source of freedom. During the last few years, events in Turkey and other countries have shown how the law is instrumentalized in order to suppress academic freedom. The hypotheses blog on Academics for Peace 3 (Academics for Peace will be cited as AfP from now on) documents judicial proceedings against the AfP as an example to study a phenomenon that can be witnessed all over the globe.

Not be a party to this crime

At the end of 2015, the predominantly Kurdish regions of Turkey entered an intensifying spiral of violence. Curfews were enforced in different cities and districts lasting for days, weeks and even months. Entire neighborhoods were demolished, leaving people homeless. Many lost their lives. In the face of these developments, 1128 academics decided not to remain silent and issued a statement entitled "We will not be a party to this crime!". The petition called on the government and the security forces to abide by domestic and international law and to return to the peace process that had been interrupted after the national elections of June 7, 2015. After the petition was made public, the Academics for Peace were specifically targeted by the President and subsequently turned into objects of hatred and defamation in the media. Since then, they have been attacked and threatened and became subject to administrative and criminal investigations. Some were arrested and kept in prison for more than one month. Hundreds of them have been dismissed from their positions by order of the Council of Education and university administrations. Under the state of emergency declared after the coup attempt of July 15, 2016, hundreds of Academics for Peace were removed from universities and banned from public service. Their passports have been invalidated hindering these academics from travelling abroad. In December 2017, judicial proceedings have begun against the signatories, on the charge of "propaganda for a terrorist organization."

The hypotheses blog, mentioned above is curated by Academics for Peace Germany e.V. 4 Its aim is, on the one hand, to create an archive of factual and up-to-date information on the ongoing developments that researchers, journalists and others with an interest in the topic can rely on. On the other hand, it aims to provide contextualization and analysis from a variety of different disciplines and theoretic approaches, in preparation of a planned research network; a network is necessary for underlining how law is operationalized for the suppression of academic freedom in Turkey and elsewhere. In this regard, collaborating with seekers of democracy, peace and freedom of knowledge is significant and initiatives such as AfP Germany, UK and the US aim for advocacy towards that aim. It is right at this point that I would like to also remind readers of the BdWi letter to Heiko Maas translated in english 5. Our appreciation for the solidarity of BdWi is without any contestation, but a response from the Minister would definitely create a more binding stronghold and international reaction against such unlawful acts of persecution of the State against its academics.

At times of such surge and autocracy, it is also an indispensable task to document and contextualize the external agencies and internal dynamics of the law in Turkey. The penal court cases against the peace academics have started on December 2017 and keep on without any shifts in devastating figures regarding the sentences and sanctions. Here you may see the actual schedule and the number of scheduled hearings on a daily basis starting from February 2018 until September 2019: Calendar of hearings 6

The AfP network in Turkey (BAK) has managed to create a solidarity and watch hub for the trials in dozens of penal courts, first in Istanbul, now throughout Turkey. Each penal case has its own dynamics in terms of the judges and the prosecutors. Unexpected gestures or demands arising from courts of Caglayan (Main Court of Justice in Istanbul) have become familiar; subjective verdicts have become the norm. Criminalization of dissent has long become the norm in Turkey; notably so during and after Gezi (the social emancipatory movement that was rooted by ecological demands for a public recreational area at the heart of Istanbul in 2013). Supporters of Gezi outside the country who also are part of commons movements have also become supporters of peace and academic freedom. Thanks to their perseverance and imminent belief in freedom of knowledge, they also support the solidarity and watch hub during the trials. Observers from the European Parliament, European Court of Justice, International Society for Political Psychologists and European Association for Social Psychologists have been attending the trials for moral support. Stephen Reicher has beautifully drawn the real picture of the trial procedures in his piece, entitled, "When there are people watching, it makes a difference." 7

Another active supporter of trial solidarity hub is Academia for Equality 8. Their letter that reminds us of the original petition of 2016, namedly "We, Too, Will Not Take Part In This Crime: Turkey, Israel And Academic Freedom" is at this link: https://afp.hypotheses.org/372

Once you peak into a few of these references, you would notice that 15 months sentence with deferral has become the norm with a copy-paste verdict that may also be used for direct imprisonment of an academic if that academic is found to be guilty of the charges and pleading no remorse. The appeals court option is available, but has not been functional yet in terms of withdrawal of charges. The fact that several of our colleagues are facing 2+years of imprisonment is another oxymoron of the legal indictments; in that the grounds to raise sentences depend completely on the attitude of the judges as well as the ideological baggage attributed to them by the State. 9

It is true as day that the dark clouds of right populisms mostly and left populisms partially on human liberties and diversities will remain as the main agenda of dissident intellectual commons. Now that we are faced with such blunt realities and autocracies, it is time to show and expose the progress traps and create spaces and mechanisms for collective transitions. Transitions are the actual processes of learning during which progress traps are examined and isolated; in the case of higher education, this signifies complicit universities 10 dismissing their knowledge workers, fully conforming to autocracies.

This is certainly not the whole picture or even a major part of it. The actual transformation cannot take place unless we free our minds of the dark clouds. This freedom of the mind promises and shouts out that another academia is possible beyond the depreciating university. As of today, around a dozen local academic initiatives in the name of solidarity academies, coops and associations have been sprouting in Turkey: Sans Campus 11, Kültürhane 12, Ucurtma Café 13, Ada-Coop 14, Birarada Association 15, Street Academy 16, students`solidarity initiative Köstebek Akademi 17, Association for Migration Research 18 are some examples that inspire others. The critical pedagogies, in some instances anti-pedagogies, that takes its roots from sharing knowledges without any hierarchical structures are the alphabet of this new language. Commoning through this language, weaves solidarity and creates unscalable bridges of the mind. Emancipation of each exile academic means the preservation of exile knowledges and the discursive possibilities for peace: In that regard, the Off-University e.V. 19 established by AfP in Germany and Turkey deserves a special endorsement.

Once and for all, if academia starts rubbing itself off of alienation, the actual mind-shift will be there for regaining human dignities the world over! 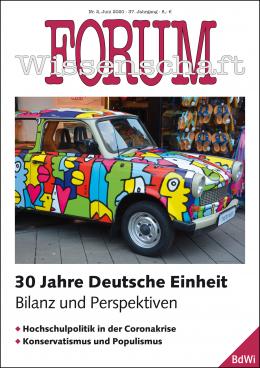