Four not blondes, WhatÂ’s up

Tracy Chapman, Talking about a revolution

Cattle, I was your system

Well it took them just a fortnight to drive your ass out of its seat Highly trained and brilliant but you ainÂ’t got what they need What are you gonna do now with your Russian and Chinese Oxford Cambridge Eton and your set of whiter teeth? This is revolution This is revolution Gimme revolution At least for a day

Cattle, This is revolution

Fela Kuti, Coffin for the head of state

Gonna wash that man right out of my hair

I stuck around St. Petersburg When I saw it was time for a change Killed the Tzar and its ministers Anastazia screamed in vain I watched with glee while your kings and queens Fought for ten decades for the Gods they made I shouted out, Who killed the Kennedies Well, after all, it was you and me Pleased to meet you, hope you get my name But whatÂ’s puzzling you is just the nature of my game

The Rolling Stones, Sympathy for the devil

This revolution Has just begone 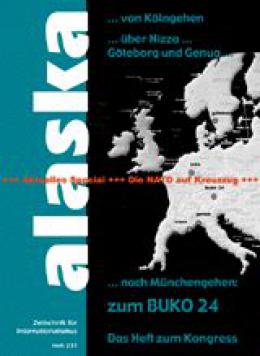